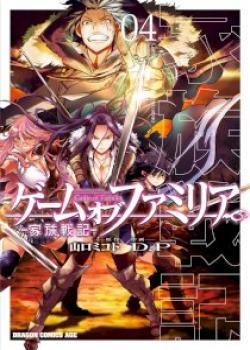 The protagonist along with his step-mother and 2 step-aunts are summoned into another world where demi-humans are the rulers as saviors, but it is not to fight against a demon lord, its to fight Undead Apocalypse monsters called “Dead Mell” that have overrun the world and that can only be killed by using weapons made with holy silver. For that, a family is made (a group of 4 people) with them being the swordmaster that uses the holy sword, the guardian that uses the power of the earth to protect, the healer that uses the power of water to heal, and the black mage that uses the power of fire to destroy. The role of the guardian, the mage, and the healer is to support the swordmaster that can only kill the monsters. But to use magic powers one must offer part of your being as a sacrifice to form a contract with spirits, and the higher the sacrifice, the higher the power. Now they must choose who are the 3 that need to sacrifice part of their bodies to gain power and who will wield the holy sword.